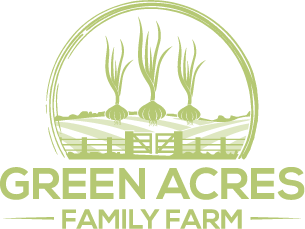 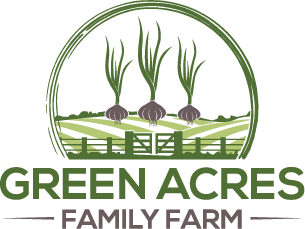 So it is now mid May and the 2022 crop has once again faced some extraordinary weather challenges and shown us how important it is to be aware of what is going on in your field and just how resilient garlic is!

On November 12th 2021, we had three atmospheric rivers hit us over a period of two weeks. In this time, approximately 21 inches of rain fell on us. You read that right! 21 inches not 2.1 inches! We had started planting October 8th and just finished November 3rd. Michelle posted a blog with photos showing the water running off the field after the first, and worst, of the three atmospheric rivers. We were extremely thankful for just how well our drainage system worked and if you are growing a larger garden or growing commercially, how important pre planning for extraordinary weather events can be now and increasingly so going into the future.

Fast forward to February 12th 2022. Watching the garlic come up after the flood event, we were amazed at how well the garlic rounds were doing. The bulk of the field was probably around four to six inches tall growing vigorously with only maybe a five to ten percent loss from the flood. The temperature peaked on February 12th at a decent 14.5°C, which is 7.6°C above normal. We then experienced an unusually rapid and frigid Arctic Outflow for our region. The temperature dropped in 24 hours to anywhere from -6°C to -20°C for around a week or so. Although the weather was extremely cold for our region, that in itself would not normally be a concern. In this case, the very rapid change from above average temperatures to record setting cold with extreme wind chill did have a significant effect on the crop.

To add a little more fuel to the fire, spring 2022 has been one of the coolest and wettest on record. We are pleased to say that after probably the worst weather conditions and events you could probably ever pack into one growing season, the 75% or so of our crop that has survived is doing rather well. With our organic no till system of farming, combined with our program of growing all of our garlic from bulbils, it is looking like a very vigorous and healthy crop.

In a normal year, we would expect to be harvesting around the first week of July. This year, due to the weather, everything we are growing seems to be at least two to three weeks behind. Under normal circumstances, we expect the emergence of scape’s and the start of bulbing to be around the first week in June, however this year, it maybe as late as July 1st and harvest to be in the later part of July.